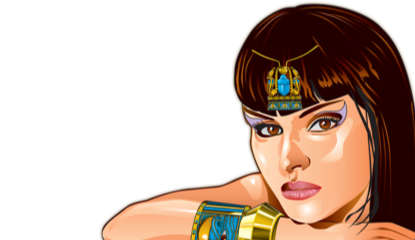 We’re proud of where we’ve come from, but even more enthused about where we’re heading.  Join us as we take a quick trip down memory lane…

A Star is Born

In 1953 Aristocrat was born. This marked the start of a great company story that’s still being told today.

The game-changing machine that introduced advancements like ‘self-lubricating reel assembly bearings’ and a ‘free-play lock.’ Glamorous? Perhaps not. Revolutionary? Absolutely. An undeniable game-changer and hot-on- the-heels of this innovation, we soon invented the world’s first poker machine with fully lit reels and scorecard.

The arrival of the swinging sixties also welcomed the dawn of Aristocrat’s global presence, as we expanded from Australia into the European market. Unsurprisingly, Las Vegas casinos caught wind of our creative approach to gaming machines and we began production of the ‘Aristocrat Nevada’ in 1961.

We continued to grow globally throughout the 1970s, making history with the release of the world’s first five-reel slot machine and finding international success with the all-electronic game, ‘Wild West’ (1979).

The 1980s was a decade of great change, especially for the slot machine industry in the United States and Australia. Meanwhile, we opened our London office, launched our casino systems business in Australia and released the landmark ‘Microstar’ range of slot machines, featuring some gaming technologies that are still used today.

One of the most significant innovations in slot machine history was the ‘Virtual Reel,’ a simple but exciting innovation to weight certain symbols, which resulted in US slot machines surpassing table revenue in 1983.

In 1986, a legislative change allowed the United States’ gaming manufacturers to lease slot machines to entertainment venues for a percentage of the floor takings, or a lease fee arrangement, instead of selling them outright. This opened up new opportunities for growth.

From Private to Public

The release of the ‘MK Gaming System’ (1995) helped us expand into more new markets globally, and was followed by the release of Aristocrat’s ‘Hyperlink Gaming System.’ Hyperlink revolutionised the gaming experience and further drove the popularity of Aristocrat product. In fact, Hyperlink is widely recognised as the single most valuable piece of Australian intellectual property ever commercialised – ahead of such inventions as Wi-Fi, and the bionic ear. In 1996 we moved from private to public hands - listing on the Australian Stock Exchange (ASX).

In 2000, Aristocrat secured an operating license for Nevada, which is home to Las Vegas, and the world’s single largest gaming market. Together with the development of a significant presence in Macau, Aristocrat global expansion was continuing at pace.

Strength in the Face of Adversity

The global economic crisis affected industry-wide gaming spend, and with that, our company’s sales. After a tough and challenging few years, the company embarked on a comprehensive, and ultimately successful turnaround program that heralded a new phase of growth at Aristocrat.

We acquired mobile, app and online gaming company Product Madness, representing our first move into digital (non-regulated) games, and establishing a foundation for subsequent growth across the digital games market.

Aristocrat’s game portfolio began to attract accolades in our largest market, the US. Our proprietary ‘Buffalo Stampede’ became the top for-sale game, while our licensed title the ‘Walking Dead’ was named ‘Casino Product of the Year’ at the Global Gaming Awards. In Asia, ‘Five Dragons Legends,’ was voted ‘Best Standalone Slot Game.’ Aristocrat also welcomed Video Gaming Technologies (VGT) into the family, stepping into the exciting world of Class II where hot titles such as Mr Money Bags and Hot Red Ruby are keen favourites amongst customers. This was sure to be an exciting partnership!

‘Buffalo’ was named the top performing game for the fourth year running, with ‘Sons of Anarchy’ named the industry’s most anticipated game, beating off stiff competition from other Aristocrat licensed and proprietary titles such as ‘Game of Thrones,’ ‘Big Bang Theory’ and Lightning Link,’ demonstrating the depth of our creative and technical talent.

In 2017, we acquired Plarium Global Ltd, a free-to-play mobile, social and web-based game developer. Hit games such as ‘Vikings, War of Clans’ and ‘Sparta,’ would be a welcome addition to our expanding digital games portfolio, taking us into new genres including role play and strategy games and bringing new digital capabilities to Aristocra

Innovation, creativity and a desire to harness the power of play means our future looks bright. Are you up for the challenge of shaping what that looks like? Get in touch and start your journey with us today.

This website uses cookies so that we can provide you with the best user experience possible. Cookie information is stored in your browser and performs functions such as recognising you when you return to our website and helping our team to understand which sections of the website you find most interesting and useful. To learn more please review our privacy policy

Necessary cookies enable core functionality such as security, network management, and accessibility. You may disable these by changing your browser settings, but this may affect how the website functions.

These cookies collect and report information on how visitors use this site and about their browsing habits. Keeping these cookies enables us to make the site better and to display advertisements that are more relevant to you and your interests.

Please enable Strictly Necessary Cookies first so that we can save your preferences!